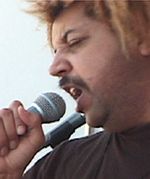 Joyslam recently performed on iheartradio's Bands on the Verge CHTZ-FM (ON), been featured on Jim Patterson Broadcasting's Fresh Tracks CHWF-FM (BC), conducted an On-Air Interviews for CFNR-FM's (BC) "Journeys" & both CFJB-FM (ON) shows Spirit Winds and New Music Hour.

Several of our tracks are on ERG/Multi Music professional DJ series discs. And have performed several major Music Festivals.

Most recently our music has been added to Spafax, which provides In-Flight music for both the North American & International Airline Industry.

The reaction has been incredible. Joyslam's Social Media global presence and especially their Fan base have grown exponentially as witnessed on Reverbnation (https://www.reverbnation.com/joyslam)  &  Facebook (www.facebook.com/Joyslammusic).

The Press & Media have been beyond positive with their reception of Joyslam, as exampled:

"If you’re looking for something different than the usual folk rock hipness of the present day, Joyslam is the musical key for your listening pleasure."

Richard Howard of A Side Magazine wrote of Joyslam:

"Where have you been all our lives, Joyslam?!"

"Let me be clear about something. I’m not being coy, I’m not being facetious and I’m not speaking ironically. I LOVE JOYSLAM. And I’ll scream it from the mountain tops. I want this guy to have all the success in the world, so show this to your Auntie, Grandpa and third-cousin twice removed."

Slam Fans and future Fans can explore  www.Joyslam.com for ALL the latest & greatest in Joyslam happenings.

RJ has an intense passion for music and in Concert he's a charismatic powerhouse who engages his audience, commanding their attention, by using drama and music to elevate the crowd revealing his creed that ~

"Music is Everything, Anything Else is a Distraction !!"